Dragon Tattoo Designs That Men and women are really love.

A popular tattoo design worn by both men and women is the dragon. There are various designs for people who want to get a dragon tattoo. It comes in various sizes and details. The dragon has a lot of good and bad attributes, traits and characteristics. This makes it a versatile choice for someone who is looking for their first tattoo.

Having said that, knowing the history, cultural association, mythology, traits, and characteristics of the dragon is important. The artistically beautiful design of tattoo will make you want to get it in a heartbeat, but you wouldn’t want to have something inked in your body for the rest of your life without knowing what it represents for you. Or if you do, you might still want to know just a little bit about it (at least).

The word dragon comes from the Latin word dragomen meaning a “huge serpent”. In Greek drakon meaning “serpent or giant sea fish”. In both Latin and Greek, it refers to a serpent of sort.

There are different types of dragons featured in different cultures: first is the serpent-like and the other is a creature that resembles a lizard and emits fire from their mouth and the last one is a giant creature that has a bat-like wings.

A dragon is often mentioned and featured  in myths of many cultures. Each culture has a different representation of the dragon (in characteristics, traits, etc.) but somehow through the years it have influenced one another.

Let’s take a look at the different dragon designs, its history and meaning.

The dragon was first mentioned in an Ancient Greek poem: The Iliad. The dragons mentioned in Greek mythology were different from the others. Dragons were said to be ‘serpentine monsters’ and didn’t have the ability to fly.

There are three groups of dragons in Greek Mythology: the Dracones (serpent-like), Cetea (marine-dwelling) and Dracaena (she-monster-like). Some of the famous Dracones dragons in Greek Mythology are Python (dragon that was slain by Apollo), Ladon (serpent-like dragon with hundred heads), and Lernaean Hydra (a nine-headed dragon that possesses deadly venom).

Another popular dragon in the Greek Mythology is the Torjan Cetus. It came from the Cetea group and is the sea monster that was sent by Poseidon. For the family of Dracaena dragons, the Scythian Dracaena who is a monstrous woman described to have a normal woman form from the waist up, but has a serpentine tail of dragon  instead of human legs. 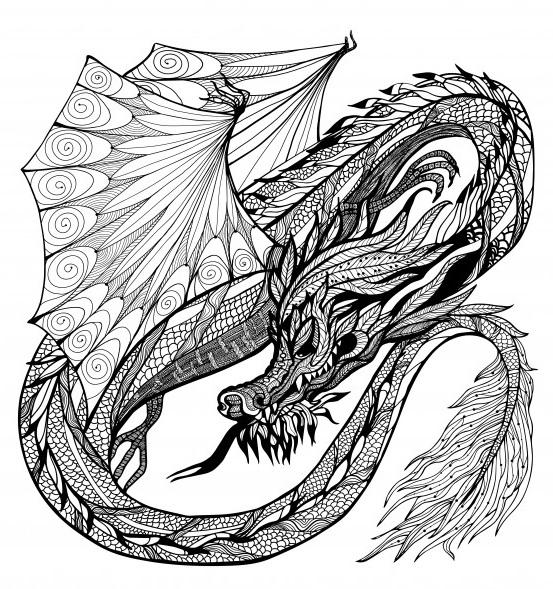 Fortunately, there are a few FDA-approved topical anesthetics specifically designed for tattooing. HUSH is one example of a multi-form anesthetic for tattoos; we have a numbing spray for tattoo, a foaming soap, or a numbing gel for tattoos. These anesthetics are great for pain management during and immediately after tattooing. Discuss anesthesia with your tattoo artist in advance. He or she may have strong opinions on the subject or be able to point you towards other options.