Photo of a beautiful Swimming Pool 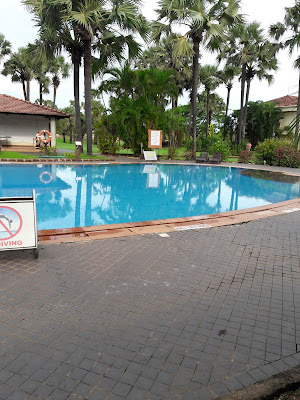 In a new book exploring the cultural history of pools, a black-and-white image from the 1936 Berlin Olympics shows an open-air swimming arena packed with spectators. Three pages later, a woman in 1950s America is pictured sunbathing with a beach ball.

The contrast between athleticism and unadulterated repose demonstrates the diverse roles that swimming pools have played in the public imagination.

"The swimming pool has been, at different times and places, suburban, exotic, utterly private, boisterously public, a threat or a blessing," writes author Francis Hodgson in the book's introduction.

"It is, quite obviously, capable of every kind of symbolism, from the crude assertion of financial status to an almost mystical fluidity of meanings that neatly complements the great puddle of chlorinated water that it holds."

Awe-inspiring pool designs from around the world

Lying at the intersection of art, architecture and history, "The Swimming Pool in Photography" is viewed through the lens of photographers like Henri Cartier-Bresson and Joel Meyerowitz. Assorted images -- showing everything from the Beatles in Miami to an abandoned pool in war-torn Afghanistan -- are punctuated by short essays reflecting on the development of bathing suits, swimming strokes and the sport of diving.