Tattoos For Girls:  We have all seen the girls with huge works of art covering their back, chest or arms. But what if you want to be a little more subtle with your ink? Here are some reasons and ideas to go small and simple.

Small and cute tattoos for girls can be considered unique accessories, while being bright of self-expression means telling a lot about the personality and the inner world of the user. Tiny tattoos are also a great idea to start your journey in the epic world of ink, where getting in the hands of an obsession with all those beautiful little stamps is inevitable. Here are Top 5 undeniably cute little tattoo ideas for girls along with their meaning to inspire you.

Small is in good taste 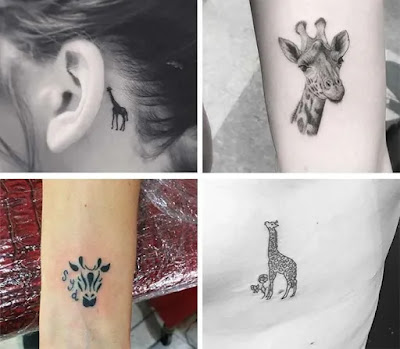 Small is professional- Tattoos For Girls

Small tattoos also fit better in certain workplaces. A small tattoo on your chest or biceps is easy to cover when you go to work. It allows you to get the body art you want without the hassle of having your boss or clients question your professionalism.

Leave space for the rest!
Even if you want to get many tattoos, you may not want to take up all your space with a few large tattoos. Our interests change over time. Like changing the posters on your wall or the image of your desk, getting small tattoos allows you to show new interests.

Did you recently get into a new book or movie series? Put a small representation next to the tattoo of your favorite video game? Did I just make a trip to the mountains? Get a mountain tattoo on your wrist in front of your beach image.

Small tattoos allow you to expand your art and memory collection over time.

Simple is artistic -Tattoos For Girls

Sometimes, a simple tattoo can be more artistic than a large full color extension. When companies design logos, for example, they try to make them small and simple, but artistic enough to attract their interest. A simple tattoo can be artistic in its minimalism. It takes a lot of creativity to present ideas in the simplest way possible.


Simple is significant-  Tattoos For Girls

Similarly, a simple tattoo can have great meaning. From religious symbols to tattooed wedding rings, you can use small, simple tattoos to remind you of the deepest and most important ideas.

The best ideas of small and simple tattoos for women

From fun to meaningful, here are Top 5 of the best small and simple tattoos for men we've seen. Let them inspire their own ideas of what you might want to add to your canvas.
. 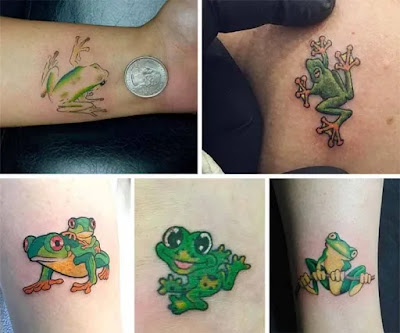 There is a beauty improvement method (for some others, however) that only requires thinking twice, even three times before trying it yourself. What permanently prints an episode of life, an elementary force, a religious motive, a slogan that leads life or something beautiful that occurs in nature? It is enough to imply that the printing area is your own body and you will realize that everything is about tattoos.

Whether you are for or against, the tattoo remains the center of the hot debates over the years. Even now that we have started the 21st century, where liberalism is at the top, a group of people stand as vociferous opponents of body tattoos, considering them a body distortion or a symbol of immorality. However, a large group of people, including celebrities, businessmen, scientists, even spiritual parents, have literally gone crazy after tattoos.

The tattoo is a branch of art, a form of self-expression, something that allows fantasy flights to play. Have you ever wondered what that small and fragile butterfly that carries somewhere on a girl's shoulder or hip means? Does it persistently keep the meaning of that little lotus flower tattoo behind the door, mysteriously peeping out the back while wearing an open-design dress?

We are bringing to light a lot of absolutely cute little tattoos for women and their meanings, which will be useful for the first group, while enraging the second group of secret guards. There is still another third group actively reflecting on what small seal to bring to the body. Cute small tattoos until saturation! 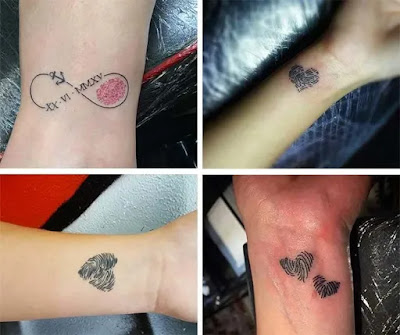 To make a declaration of love to a woman, a bouquet of roses seems to be the best option ever. They are really beautiful, with intricately layered petals and a delicious aroma that spreads everywhere.

A small rose tattooed on any part of a female body increases its beauty and charm. But the meaning of rose tattoos goes well beyond being just a symbol of beauty and love.

A blooming rose can personify love at its zenith, while a rose is a new love in growth or, in anticipation, to open the heart to that feeling. A rose tattoo with thorns can serve as a reminiscence of love full of pains and struggles. It even shows a bigger symbolism when it encounters a rose-colored tattoo.

The red rose is synonymous with passionate love, pink roses reflect first love and innocence, and yellow roses are a symbol of friendship, joy and, in some cases, also of mature love. White rose tattoos are also produced as a reference to purity and a secret admirer, and blue roses that reflect something out of reach.

A black rose can be inked on the body as a souvenir for someone special or something sad. Maybe we haven't revealed the secret behind her rose tattoo yet, his is purple! It is already revealed. The purple rose is a symbol of true eternal love or love at first sight.

From the egg to the caterpillar, the chrysalis and, finally, to the impressive butterfly ”, these are the metamorphosis phases of this impressive insect. And when one opts for a cute little butterfly tattoo to decorate a part of his body forever, she has undergone a spiritual transformation or is about to do so, perhaps also caught between two phases.

In general, butterfly tattoos symbolize the past consigned to oblivion and the present embraced wholeheartedly. Drew Barrymore and Mariah Carey have been seen on the beach wearing butterfly tattoos. 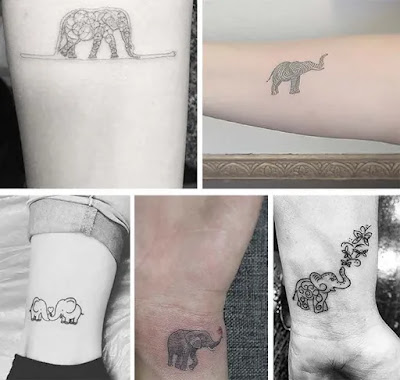 Cherry blossom tattoos can reach their pinnacle of beauty when they are performed on a large scale across the back, for example. A small cherry blossom tattoo is also so pretty and magnetizing, usually tattooed on a wrist, on a finger or much more attractive on the back, especially with a pair of falling petals. So what is this ethereal boxing?

The cherry blossom is the national flower of the Japanese people, which they ceremoniously call "Sakura" in Japanese. It is well known that the flowering period of these pink flowers is very short; they can cease to exist at any possible time, just like a human life. So, this tattoo design is a constant reminder to live to the fullest, since life is very short.

In Chinese culture, the symbolism of cherry blossoms is reduced to the same instant life paradigm, which implies some touches of female sexuality and power over a man. While for the Buddhists emphasis is placed on the creed to live in the present moment, forget the past and leave the future to destiny. Yours is only the present! 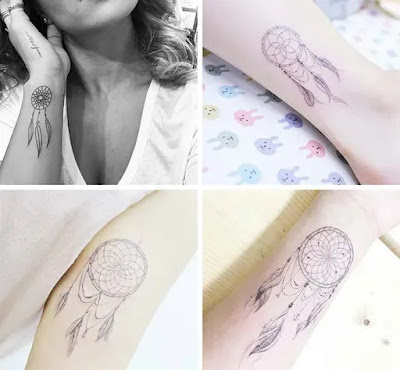 Although the cute and small ladybug tattoos are not as widespread as, for example, flowers, butterflies or hearts, they are actually the most positive and inspiring tattoo idea. Because they are so small, these pretty red insects covered with black dots become super functional when they hesitate to get tattoos or not.

Small ladybug tattoos can be placed on the wrist, fingers, on the shoulder or on the lower back, behind the ear or on the hip, alone or climbing a bush of flowers.

In general, a ladybug is a symbol of good luck, prosperity, happiness and joy. According to the Chinese, if a ladybug falls on her head, she will have a lucky day.

If it falls on the head of a single girl, it is necessary to count the points on the ladybug, which determine how many months the woman will marry. In the case of a married woman, the number of points indicates how many babies she will have in the future.

In Christianity, the ladybug is considered a sacred insect. In the Middle Ages, Europe suffered great damage to crops due to the bad plague of insects that feed on crops.

The Christians began to pray to the Virgin Mary for help and then a large number of ladybugs appeared killing all those insects. That is why Ladybug also becomes a symbol of friendship and help.

The symbolic meaning behind angel wing tattoos may vary according to the experience or belief of an individual's life. Angels are creatures sent from heaven to protect us and protect us from any kind of danger; That is why many women choose to tattoo small angel wings on the nape or back to feel the presence of a guardian angel all the time, while some angel wings can become constant reminders of someone special who died.

In other cases, this tattoo can symbolize the spiritual evolution of the soul. Beyonce, Jenna Dewan and Nicole Richie are fans of angel wing tattoos. 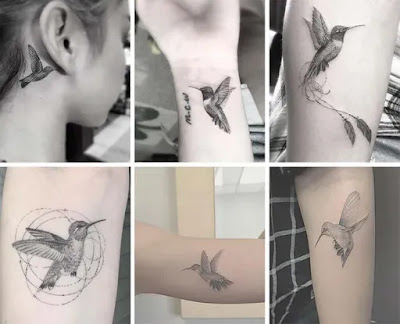